White Supremacy, Christian Supremacy, and the Need to Change Our Lives

Behind the altar of the Agape chapel, a driftwood cross twists around the icon of Christ Pantocrator. The 6th century writer of this icon depicts Jesus as the ruler of the universe, conveying his power not with a crown, or glistening jewels, or any of the other accoutrements of empire, but by the depth of his presence and the gravity of his gaze. He is fully human, fully divine, and fully here. His haloed face confronts us with both merciful love and righteous judgment. Like the statue in Rainer Maria Rilke’s “Archaic Torso of Apollo,” Christ Pantocrator seems to silently say “here there is no place that does not see you. You must change your life.”

In The Sin of White Supremacy: Christianity, Racism & Religious Diversity in America (2017), Jeannine Hill Fletcher confronts her white Christian readers with the fact that we must radically change our lives. Hill Fletcher meticulously traces white supremacy to the theological soil of Christian supremacy, specifically unveiling the insidious intersection of Christian supremacy and white supremacy in the space of the United States. As Hill Fletcher has it, “by manufacturing the ideology of white Christian supremacy, theologians and thinkers provided the logic for legislation that would dispossess Native peoples, make enslavement seem reasonable, maintain the disenfranchisement of Black citizens, extract the labor of Asian and Latino workers, all the while directing material resources to elevate the subject position of white citizens through land ownership and homeownership, education, health, and security” (82). Relatedly, she makes the case that if white Christians intend to repent for our involvement in systemic racism and work toward the flourishing of racial justice, we must simultaneously renounce our theological commitments to Christian supremacy.

Hill Fletcher, whose scholarly work has revolved around religious pluralism since the publication of her first book, Monopoly on Salvation?: A Feminist Approach to Religious Pluralism (2005), emphasizes the necessity for Christians to recover a sense of the fundamental mystery of God. Christians committed to promoting a “renewed and antiracist theology” must humbly situate our relationships to Christ in the context of this inexhaustible mystery (109). When Christian theology “erases the mystery of God through the certainties of a Christ-centered commitment,” it can sustain the Christian supremacy which has undergirded white supremacy for centuries (110). This process of rooting our particular commitment to Christ in the soil of infinite mystery does not amount to a distancing from Christ, but rather a profound reorientation to him.

How, then, can Christians undergo this reorientation? How can we maintain and deepen our intimacy with and devotion to Christ, while simultaneously accounting for the inexhaustible mystery of the divine, which shines through every element of creation, every sacred text, every prophet and house of worship? How can we attend and attune to the presence of Christ at the center of our lives, without elevating him above others? How can we continue to build and participate in Christian communities that are circles of equality rather than pyramids of hierarchy, communities wrapped with permeable borders rather than enclosed in rigid walls? How can we, as Christians committed to perpetual conversion, genuinely repent for our complicity in stratification and domination? At Agape, we have been wrestling with these and similar questions while reading and meditating on excerpts of Hill Fletcher’s book prior to our daily community lunch. Given the historical intersection of Christian supremacy and white supremacy, such questions must be perpetually addressed, especially by Christians committed to nonviolence, racial justice, and the deep love of God and neighbor.

While Hill Fletcher devotes the first three chapters of her book to the difficult and detailed work of unveiling the historical intersection of Christian supremacy and white supremacy, she devotes the last three to constructing an “antiracist, anti-supremacist understanding of Jesus as the Christ” (111). In the process, she maps the various facets of love presented in the Gospels, emphasizing that the experience and expression of love is the cornerstone of the Christian tradition. The love that Jesus teaches and embodies emanates outward in concentric circles. While love is initially nurtured in intimate, interpersonal relationships, it ripples into healing love that tends to the wounds of both friends and strangers, as well as critical judgment of systems of destruction, and ultimately a willingness to attend to and care for one’s enemies. Aligning with the love of God is the substance of Christian life, and Christians must continually work to dismantle the interpersonal, structural, and political practices and patterns that warp, distort, or prevent this alignment from occurring.

Hill Fletcher ultimately illustrates Christ as the “Crucified One who radiates love against the backdrop of mystery” (129). She asserts that the cross of Christ must serve as a reminder to Christians of the ways in which we have been and continue to be complicit in systems and practices of demonic domination. Christians are called to acknowledge the “ghosts of the crucified people,” crushed by systems, policies, and theologies of supremacy, “that haunt us as Christ’s presence among us” (142). More specifically, while gazing at the cross, or beholding the body of Christ crucified, we Christians find ourselves “indicted for their death-dealing in the name of Christ” (136). We find ourselves indicted for our theologies and lives, which may elevate Christ but fail to imitate him.

As we stand, sit, and kneel in the Agape chapel, may we more deeply sense that the driftwood cross “reflects back to those gathered the extinction of bodies that runs through history,” that “its purpose is to unsettle,” and that “it demands a response” (149). May we more thoroughly repent of the violence and violation wrought by the entanglement of white supremacy and Christian supremacy. When we are next confronted by the gaze of Christ Pantocrator, may we more fervently approach him as the Prince of Peace who feeds and heals and washes the feet of the suffering. May we come even closer to him by permanently and totally renouncing Christian supremacy and committing ourselves to imitating his own self-emptying love. May we change our theologies and change our lives.

Jim Robinson is a doctoral student and teaching fellow in the Theology Department at Fordham University, currently writing a dissertation which weaves together the work of Rosemary Radford Ruether and Thomas Merton with embodied insights gleaned at Agape where he has been deepening his involvement. 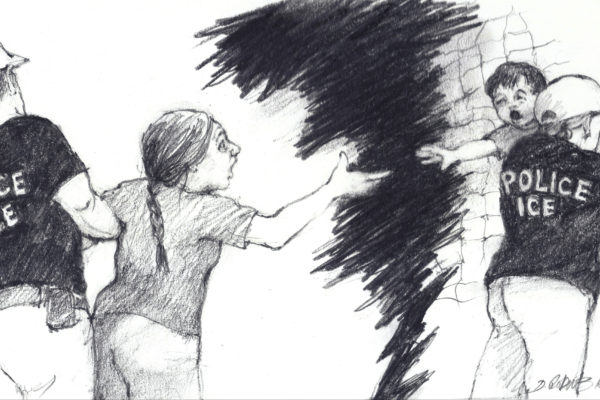 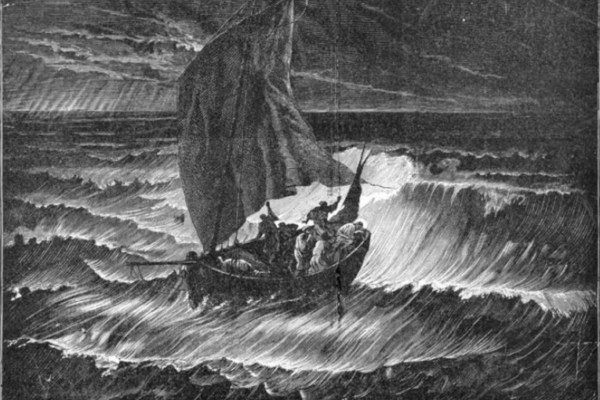 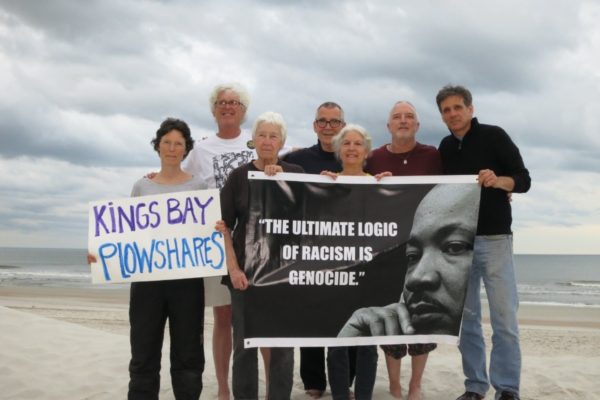