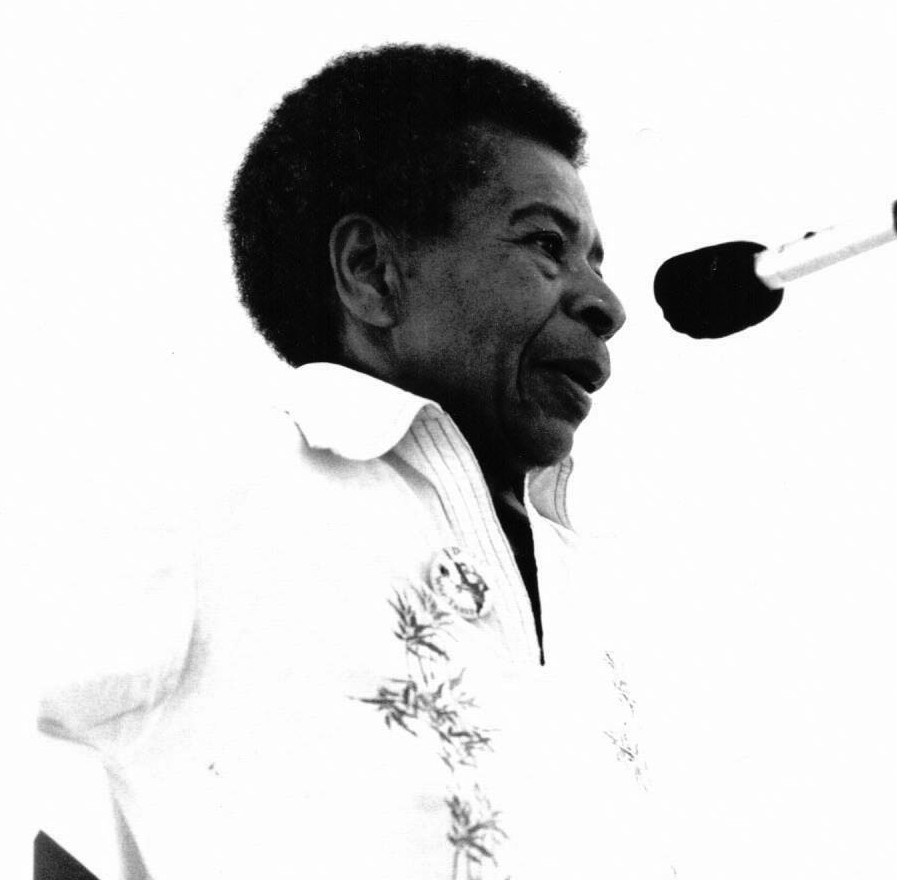 I do not remember the first time that I met Juanita Nelson and her husband Wally.  In the world of peacemaking, the names and tax refusal actions of these most tenacious, nonviolent warriors just always seemed to be around.  Wally died in 2002 and Juanita just passed last March after 91 remarkable years.

We invited Juanita to speak at Agape’s opening in Hardwick in 1989.  It was then that I would hear Juanita’s deepest, most repeated mantra:  “Nonviolence isn’t the protest I just attended or the leaflet I wrote up.  It is not the arrest for trespassing; neither is it the book I just wrote on peace.  Nonviolence is how I live my life every day.”  She would always lament to Suzanne and me:  “We have all these social problems; all this violence and economic injustice and all most folks want to do is to talk about it.  They don’t want to change anything, change themselves.  Just talkin’ doesn’t change anything.”

Wally and Juanita lived in the most modest of cabins—no electricity or running water, wood heat, replete with Hampden County’s only certified “Outhouse.”  They lived the sparsest life I have ever witnessed, living, as they said, on a couple of thousand bucks a year.  Every once in a while, we would receive a $40 check from these, the “poorest” people we knew.  A note would accompany the check: “We just gave a presentation on nonviolent living and tax resistance at a local high school.  You need this more than we do.”  Like Helen and Scott Nearing, their financial goal was to learn to live on less and less need for money and all the addictions that money can buy.

This attitude toward money was their most remarkable trait. Juanita grew up in poverty. Wally was from a share-cropper family in Arkansas. They ended up living the most radically simple life within a community of left-leaning “overeducated” white folks half their age. They were a modern day model, of sorts, of St Francis, who warned; “we do not own anything for if we owned things we would need law and violence to protect them.” As mostly white people of advantage, those of us who gathered around Wally and Juanita were led with a feisty moral vision, even though they both fiercely insisted they were entirely “color-blind.”  I would have to say that after being around them for 25 years I did, somehow, forget that they were “black”.  Their message to us?  Comfortable lives of material advantage will inevitably create violence.  In all of the many presentations I heard over the years, their underlying passion was to unpack and deliver a coherent case for an ascetic simplicity.

Juanita’s favorite analysis was explaining her view of the meaning of an “energy slave.”  She would say “How many people working at a poverty wage does it take to make your life in the US comfortable?  It takes five “energy slaves” working full time for a month to ensure that you kitchen light will turn on when you flip the switch.” She risked repeating herself:  “The poor suffer terribly in beast of burden work so that we can have our labor-saving devices.”

This woman was not what we would call a “saint”.  She was not a Christian, not religious or spiritual.  “I’m not agin’ it,” she would say.  “I’m just not for it.”  She once confided in me:  “I just don’t know.” She was, however, a prophet.  Her life and words pulsated with truth, and like the Hebrew prophets, she was not afraid of offending anyone.

Juanita would regularly attend and present at our annual Agape Francis Day weekends.  Bobbi Louton, a young white Africaner from South African , was giving a presentation on one of those Francis Days and conjectured that she thought that “nonviolence would not work in South Africa.”  Juanita raised her hand and with great forcefulness countered:  “Nonviolence isn’t something you don’t do because you don’t think it will work in this or that situation.  Nonviolence is something you do because it is right.  It is the truth.”

I remember back to 2002 just after Wally died and we were at the Peace Abbey in Sherborn.  His ashes were to be buried there, along with many other contemporary peacemakers such as Dave Dellinger and Tom Lewis.  After a sharing of memories of Wally and the burial ceremony of his ashes, we gathered for dinner and conversation.  I shared with the group the Pete Seeger Vietnam era song, “Bring ‘Em Home.”  The theme of this anti-war anthem is: “If we really love our land, we will bring our soldiers home.”  Let’s support our soldiers by getting them out of the war zone.  Everyone was overjoyed at the song and the strong anti-war message.  “I’m not sure I go along with your song, Brayton,” Juanita remarked.  “My problem is I don’t want to have to bring these soldiers home because I don’t want to send them to war in the first place.”  This was classic “Nita”.  Preventative medicine.  We should end war by never starting it.  That was why Juanita didn’t want to pay for war.  All this wrongdoing needs our consent and money.  The same principle applied to the poor as far as she was concerned. “If we had more justice we would need less charity,” she was famous for snapping.  Her edgy prophetic truth once again.

Because Wally and Juanita lived on so little financially and materially, they needed to work hard with their hands and wits.  Juanita and I always had a favorite topic to discuss: “how’s your garden?” she would excitedly ask every growing season. She and Wally worked a good-sized garden, and even after Wally died, Juanita supported herself with sales of her produce the local Farmer’s Market.  I remember Wally saying to me: “When we protest war taxes in front of the IRS, passersby never tell Juanita and I to ‘get a job’.  They know that we are farmers.”

For the past two years Juanita grew frail from declining health and memory loss.  She was living with Randy Kehler, Betsy Corner and Kip Moeller in their Colrain home. Randy and Betsy having been the impetus for Wally and Juanita’s move from New Mexico back in the 70’s.  These two couples forged a vibrant relationship around tax refusal and noncooperation, resulting in the seizure of the Kehler/Corner home by the IRS and which made national headlines and became the subject of a film entitled: “Act of Conscience” (Turning Tide Productions, 1997).

The second to last conversation I had with Juanita was in response to her repeated query:  “And how are you doing?”  I shared honestly that though the community “business” was booming at Agape, it was becoming more and more challenging for Suzanne and me to keep up with all of the demands at Agape.  “We’re not getting any younger, Juanita,” I commented playfully.  Her response:  “Oh, you’re not gonna get old.” Even with her sketchy memory and frail demeanor she delivered this “fact” to me with her signature force of absolute conviction.  It was her final summary statement to me that was elemental, basic, Juanita, preposterous, funny, yet challenging. Because I was in the habit of taking this woman dead on serious, I took this advice as her last advisory proclamation. “Oh just live nonviolence flat out and don’t be ‘gettin old.’” It was a beautiful, last “one to one.”

Juanita’s memory continued to fail, but she always rallied with a periodic, philosophical zinger.  After a great afternoon together of speaking Spanish, telling jokes and singing Christian hymns, I went to say goodbye to this precious friend.  “Keep the faith,” I said to Juanita, with a wave of goodbye.  Juanita responded: “I’ll have to get some first.”   Feisty to the bitter end. Little did she know how much “faith” she truly lived, how much faith this so-called atheist communicated to me as a person committed to Christianity and its practice.

Three years ago Juanita ceremoniously planted a “Berry Beautiful” bush to remember Wally Nelson and all Tax Resisters at a St Francis Day. Soon after, a very severe ice storm damaged the plant, seemingly, beyond repair. A month ago, I found it reborn, greening and growing tall.

So, Juanita lives on as a bold and joyful truth.  This five foot woman was one of the “largest” people I have ever known.  Christian mystics often say that you grow in faith the more human you become.  Juanita, like no other, showed me the creative power and beauty of what it means to be a true human being.  An avatar of the way of truth and love, she will continue to live inside of me.