Three Generations of Divide and Conquer by John Paul Marosy 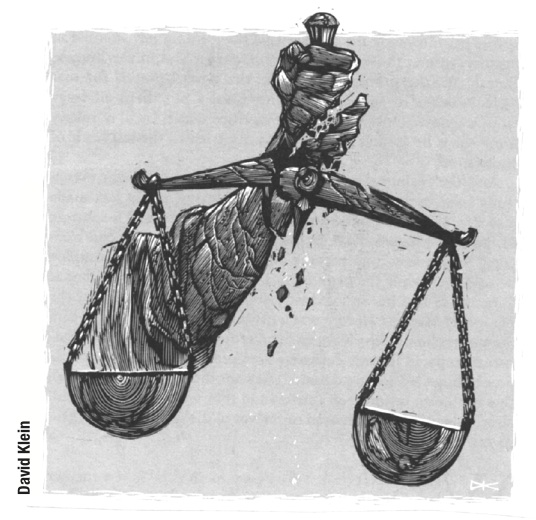 Divide and conquer is a time-honored strategy that ruling elites use when they don’t have solutions to problems. The problem in the U.S. today is not “immigrants,” it’s the divide and conquer strategy being cynically deployed by the corporate ruling elite to consolidate power and feed the greed machine,  Wall Street and the Military Industrial Legislative Complex.

As I stood among a racially diverse crowd  in Reading, PA, speaking out against the plans of a local sheriff to deploy local law enforcement resources in support of raids on immigrant families by the federal Immigration and Customs Enforcement (ICE), I was struck by the similarities to other repressive divide and conquer tactics used in the U.S. over the past century, and how my own family has been wrapped up in those actions.

A generation ago, Nixon promoted the same divide and conquer strategy via the “Silent Majority” propaganda campaign. He and FBI director J. Edgar Hoover demonized Black and White civil rights and anti-war activists, emboldening authoritarian thugs like Chicago Mayor Richard Daley to execute members of the Black Panther party while they slept and unleashing a police riot of clubbing and tear gassing anti-war protesters at the Democratic National Convention in 1968. In fact, Nixon and Agnew used the same code words, “Law and Order,” to begin the militarization of police in inner cities.

Two generations ago, my father, Michael Marosy, as president of a United Steelworkers local, faced the same divide and conquers approach. He led strikes to push for company-paid health insurance so that baby boomers like me would be able to get medical care without the family going broke. I remember him telling the family how important it was for all the workers in his plant – Black, White, Polish, Jewish, Irish, Italian – not to fall prey to the company’s enticements to get paid a (temporarily) higher wage to become scabs and break the strikes. All through the 50’s and 60’s, the steel, auto manufacturing, and other industries pitted white working class workers against Blacks and newly-arriving Puerto Ricans and Mexicans.

Three generations ago, grandpa George Marosy took a stand as an activist with the United Mine Workers Union against the coal mining companies and, you guessed it, he was up against “divide and conquer” in the hills of Pennsylvania. Rather than accede to union demands for better wages and basic safety standards, the owners pitted Irish and German immigrants against the newer Polish and Hungarian immigrants. They recruited strikebreakers and hired Pinkerton goons to attempt to intimidate and divide the union workers.

So, for my younger friends who may be reading this, please realize that this is not something new that’s going on today. The ruling elite always pits groups of working class and poor people against each other. The system of institutionalized racism that underpins it all is specifically designed to inculcate among Whites a twisted blend of hatred of Blacks and other minorities and a false sense of superiority.  No matter how bad the White worker has it, he or she can always quietly say to him or herself “At least I’m not Black. I’m better than them.”

The ruling elite also counts on the silence or passive complicity of educated Whites who they’ve brainwashed into thinking they are “different from” or “better than” immigrants and lower class minorities.

I remember one particularly radical (in the best sense of the word, i.e., getting at the roots of things) professor I had at Saint Peter’s College – which, believe me, was no bastion of New Left activity! His name was Tom Mansheim and he told me that, when I received that diploma for my bachelor’s degree, I would have a decision to make. I could choose to either consciously employ my knowledge and talents to benefit the working class which I was leaving on graduation day or I could align myself with the ruling class and place my talents in its service.

I chose to continue to consciously apply my energies to create a more socially just society, chipping away, as I have been able, at the false divisions that continue the illusion that we are not all one human family. Sadly, I now realize that many of my contemporaries who crossed the same bridge never even realized they had a choice to make.

John Paul is a member of Agape’s Mission Council, a Catholic radical who is active in Berks County, PA, home to a large Latino Community whose official s may enter a 287 agreement with ICE for apprehension of immigrants against which John Paul and others are protesting.