Not What I Expected by Greta Reo 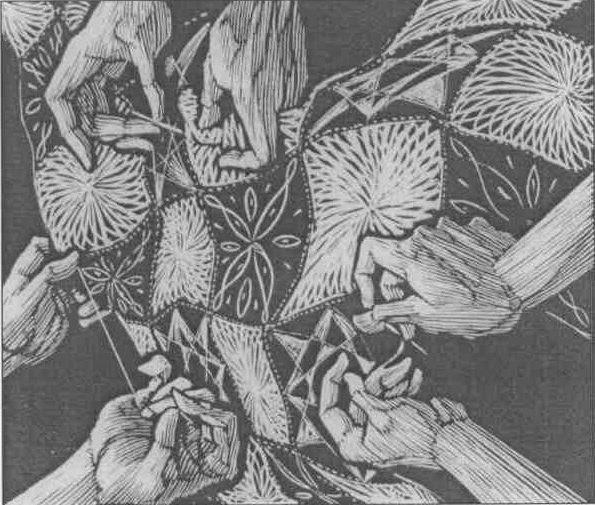 Not What I Expected

Last summer, my partner Bill told me about one of his computer repair customers: a community in Hardwick called Agape that did peace activism work. He said he loved being able to help an organization with such a great cause. A month or so later, while there fixing a computer, Suzanne men­tioned that they needed someone to do office work: he instantly thought the job would suit me.

I liked the idea; I had experience being self-employed and so could do a variety of office tasks, and having something part-time alongside working in the IT repair office appealed to me.

I read about Agape before my first “trial” day in the office. I wholeheart­edly agreed with lots of the communi­ty’s values: I was already a vegetarian, believed in living as sustainably as one could, and was staunchly opposed to capital punishment. Having no religious background or affiliation, I wondered if I would feel out of place there, even in the office. But anyone who knows Suzanne and Brayton and long-term community resident Dixon, knows that they are nothing if not warm and wel­coming. Even so, I wondered how often I would be left in the dark during con­versations, and how much Catholicism would be “preached.”

On a September morning in the midst of their St. Francis Day prepa­ration, Suzanne introduced me to the basement office. In a matter of min­utes I was calling local newspapers to get out press releases, calling people to invite them, and getting quotes for tents because of the rainy weather fore­cast. When I started receiving phone calls and e-mails addressed to “Greta,” Suzanne laughed. “Wow, Greta, you’re already getting phone calls and it’s only been a few hours!” That was that.

The basement Agape office instantly appealed to me: a small space, walls plastered with posters of Gandhi and Dr. King and photos of people who have left their mark on the community. And people who, I soon realized, Agape had lefts its mark upon.

As I helped plan for Francis Day, I became familiar with terms I had not heard of. What was a Catholic Worker, and who was Dorothy Day? Slowly I began to figure things out. When Suzanne wrote down the name of a woman I should e-mail, I had no idea what the “Sr.” in front of her name meant. When I realized she was a nun, and that “Sr.” must mean “Sister,” I chuckled to myself.

No question I asked Suzanne or Brayton was silly, like “how do you address a Jesuit?” They were always pleased to share information with me, and were respectful of my lack of knowledge on all subjects religious. It became apparent to me that at Agape, there is no preaching at people, no attempt to change beliefs: simply a sharing of knowledge, discussions, and swapping of opinions. I was already learning so much.

When the Pope addressed Congress, Suzanne, Brayton, Dixon and Julia (who was at Agape through the WWOOF program) gathered around the office computer like they were watching the World Series. As I watched and listened, I began understanding why they cheered for this Pope like they were cheering for their favorite team: he demanded that we do away with the death penalty, and argued that for the good of a nation’s people, politics “cannot be a slave to the economy and finance.” When he mentioned four great Americans, among them Dorothy Day and Thomas Merton, you would have thought someone just hit a grand slam. I could understand why they loved this humble man. And, as someone skeptical of religion, I could also understand why the nonviolent Jesus was an inspiration to the work and outreach that they did—to the core of Agape.

The day I truly realized that this little office job was the job for me was when Suzanne and I composed letters to both the defense and prosecution lawyers on the Dzhokhar Tsarnaev case, enclosing her article from the Fall/Winter 2016 Servant Song. I shared the unpopular opinion that the “Boston Bomber’s” life should be spared, and writing out “Judy Clarke, Esq.” on an envelope felt like I was truly helping Agape get the word out there.

I had been typing up Brayton’s chapters for the Agape memoir, and learning about all of the people who, over the years, had given to Agape and been helped by Agape. As the weeks and months went by, the faces in pho­tos on the office walls began to mean something to me. There was Billy Neale Moore holding Suzanne and Brayton’s daughter Teresa as a little girl; there was Phil Berrigan, who so many visitors to Agape had spoken of; there were col­lege students from Rural Immersions over the years who had all helped out around the homestead.

A recurring topic that is discussed and often comes up at Agape, usually during lunch, is what people perceive Agape to be; what they expect when they come here. Some local people in town think that Agape is a commune, hippies sitting around a campfire and passing a joint. Others, before they visit, think it is a Christian community; that perhaps when they walk through the doors the atmosphere will be like Vacation Bible school. Most people say they did not know what to expect. I have often seen, when typing up college students’ reflections of their time here, the repeated phrase “I had no idea what to expect.” Most of them, by the end of their time here are completely surprised by what the Community truly is. Many visitors expect to be preached at, and quickly learn that is not the case.

Dixon tells of how he met Suzanne and Brayton at a vigil in the nearby town of Spencer. Brayton held an anti-war banner. When Dixon walked by and read it, Brayton said, “So! What do you think?” I think many visitors cannot believe that Agape is what it is, because, frankly, in this world we live in, how, really, can an Agape Community exist? How can a group of people be so wel­coming, so accepting of all religions—or no religion—different walks of life, different cultures? How can such a small organization, from that tiny basement office, affect so many, speak against all forms of violence, cruelty, and injustice, in such a loud, clear voice? How can they survive with no cell phones and feed their residents and guests on what they grow in their organic vegetable garden? It is possible in 2016, and it is Agape. That is what moves people most, and it is what has moved me. I am only honored to help in my small way, and to work among a group of people who feel more like family than co-workers. My daughter will be born in July, and I am thankful to have so much to teach her.