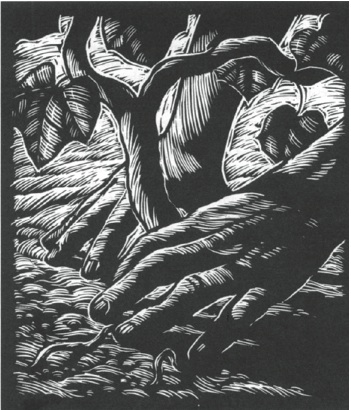 Much of my two months spent at Agape have been mundane, and I mean that in the best possible way. I have spent most of my life in the hustle and bustle of a D.C. suburb. Things are fast paced, and there is always something going on. Any break in the action is seen as a problem, causing boredom and sluggishness.

But in my time here at Agape, I have experienced a vastly different reality, and I am the better for it. My days here looked largely the same every day: wake up at 7, pray at 7:30, do homesteading work until noon, eat lunch, do office work till four, spend the rest of the day reading/playing music/relaxing. Repeat. Repeat. Repeat. There were some occasional breaks from that pattern, but the vast majority of my time here was doing one of those above activities. It was certainly very different from D.C. life, and I think it is precisely that stark difference that has made my time here so meaningful.

In the midst of that repeating schedule, I became much more aware of the little things, which I would have often overlooked in my previous life. For instance, one day I was working outside sifting compost. This is not a particularly glamorous job, nothing about it is incredibly exciting, and to be honest as I began, I was feeling a little like it was quite a chore. But then I took off my shoes. I have always enjoyed being barefoot, but this time I noticed how that small change completely altered how I felt about the work I was doing. Suddenly it was the most fun thing in the world. Somehow, the feel of the earth between my toes made shifting compost a truly joyful experience.

I would never in my previous life have taken the time to notice how such a small change as taking off my shoes really affected everything about what I was doing. Other similar examples have been noticing the beauty of the birds around us, admiring the newly finished stairs which I put several weeks’ worth of work into, listening to the sounds of the spring peepers while falling asleep, and finding enjoyment in learning the banjo.

This last one has been of particular note to me. I have at several times in my life tried to learn a string instrument, once guitar and once ukulele, but I could never get in to it, I think in large part because there was just so much else going on. At Agape, however, I have had the time to really put in to learning the banjo and I have really loved it, yet another way that the seeming mundane nature of my time here has allowed for a deep, rich new thing to enter my life. I write this on my last day at Agape, reflecting and hoping that I will be able to take the lessons I learned here with me wherever I head to next. I hope and I pray that I will be able to continue to look at the seemingly mundane moments in my life and find the meaning they can bring to me.

Kelton came to Agape via another former intern, Nathan Beall, who became Kelton’s teacher at St. Mary’s College in MD and gave him a copy of Brayton’s book, Many Sides of Peace, not knowing that Kelton had applied for an internship at Agape.