If I Were a Contemporary of Jesus

Posted on December 20, 2015 Categories: Front Page, Servant Song, Vol.24 No.3 Comments are off for this post 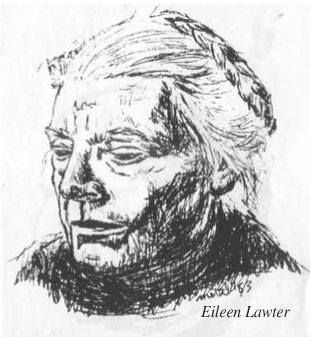 As an undergrad studying religion with the Jesuits at Holy Cross College I was assigned to write about their radical brother Fr. Daniel Berrigan. Back in the dark ages, before the internet, I was able to find Fr. Dan teaching in Kentucky at Berea College by dialing 411. He graciously took my call and spent an hour responding to my tedious line of questioning. And then time stopped. I prefaced a question with the conditional: “If you were a contemporary of Jesus…” I never finished the question. Fr. Dan interrupted: “But I am, aren’t you?”

Before Dan’s query I had been like the Christians who had been deceived by Doestoyevsky’s Grand Inquisitor into thinking that the Incarnation and Resurrection were finite historical events. Despite going to church weekly and oftentimes daily I lived as though Jesus was gone and God was dead. In Dan’s voice Jesus was telling me that reports of his death had been greatly exaggerated. This Kairos moment was my introduction to a form of Incarnational Theology which has since informed every aspect of my life.

Concurrent with my introduction to Daniel Berrigan I learned about the Catholic Worker movement and its overtly incarnational ethos. Since I had been going to church and receiving the Eucharist and didn’t know Jesus and I were contemporaries it dawned on me that I was looking for him in the wrong place. My Catholic upbringing told me that Jesus was to be found in bread and wine sheltered in temples of mortar and stone. Dorothy Day and Daniel Berrigan were telling me that he was to be found living in temples of flesh and bone (1Cor 6:19), most visibly so in the so-called least among us (Matt 25:40).

At the Catholic Worker House of Hospitality in Worcester MA I first got to know Jesus.  For the last 23 years my getting to know Jesus has landed me in the north end of Hartford—a place many folks refer to as the ghetto. This is where I have made my home in the Hartford Catholic Worker community that my wife, Jackie and I founded with Brian Kavanagh. Getting to know Jesus has also meant following him to jail as an inmate myself and seeking him in war zones as a nonviolent resister. Though I couldn’t articulate it at the time, when I first walked into the Catholic Worker community in Worcester I was heading to the margins of society to seek Shalom, a right relationship, with God, by seeking a right relationship with poor persons, my supposed enemies, and with my wealth.