God in the Garden by Libbie Steiner 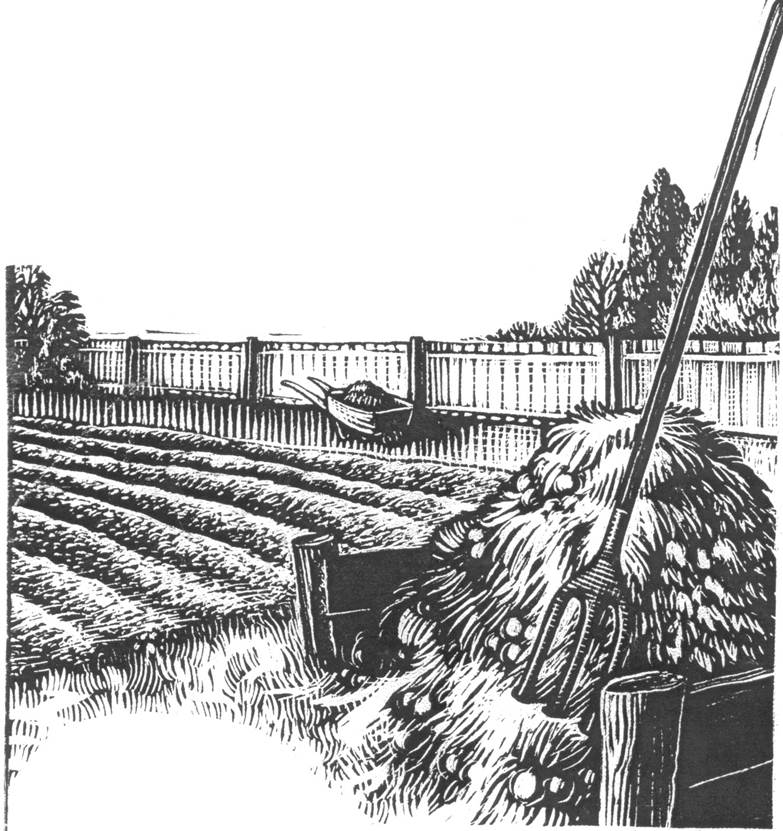 Since my teenage years, I have felt a strong yearning towards “living out my faith” in the truest sense of that phrase that I could find. My mother prioritized not only Sunday Mass, but also frequent trips to soup kitchens, homeless shelters, and our local organic farm. She encouraged my siblings and me to go to work days at our Community Supported Agriculture and to volunteer at our parish’s St. Vincent de Paul chapter. I felt that my Catholic faith called me to something more than simply attending church every week. The Gospel call of Matthew 25 to love and serve the poor was taken seriously in my family, and I am forever indebted to my mother for planting in me the seeds of justice and peace before I knew what social justice was- “Amen, I say to you, whatever you did for one of these least brothers of mine, you did for me” (Mt 25:40).

In Portland, Oregon, where I had the pleasure of growing up, environmentalism is the most common religion, with recycling and gardening its most important rituals. It wasn’t until I started college in Massachusetts that I learned that there are people who actively do not care about sustainability, eating healthily, or cutting down their impact on the earth. I learned to stop asking people if they composted and gradually adjusted to being perceived as a hippie. Still, that felt like a bit of an uncomfortable label. I often felt as though I was too religious for the radical crowd and too radical for the religious crowd. I was just as happy saying the rosary as lobbying for immigration reform, but the lobbying people and the rosary people didn’t usually get along very well. At Agape, I thought, maybe I would find people like me.

I hoped to find a place that took the seeds of love, contemplation, action and planted them together, nourishing each other, in the way that the Three Sisters of corn, beans, and squash grow symbiotically. I yearned for some solitude away from a chaotic world. I hoped that at Agape, I would find people who lived out their faith. And I did: I found people who took the Gospel message of love to its apex. At Agape, I found a radical, profound love for other humans and for the earth. I found people who have dedicated their lives to sowing love where there is hate and planting peace where there is conflict. I found a community that prioritized spending time with an Iraqi teenager who physically manifests the horrors of war as well as being witnesses for peace in our world at a busy intersection. In other words, these people walked the talk. I found, for the first time in my life, people who loved prayer and organic farming, who found God in the chapel just as often as in the squash patch. As Brayton would put it, I had found my tribe.

I’ve described my experience at Agape to friends and family as an extended retreat; an experiment in living life “unplugged”: my monastic time in the desert. Mornings spent praying together in the chapel remind me of the divinity of the Word of God. Days spent planting, watering, weeding, and harvesting remind me of the holiness of working with the earth. Evenings spent playing music and reading good books remind me of the value of community. The aroma of tomato plants wafting lazily through the garden on a warm summer day reminds me of how much God loves us, because no can argue that the fragrance of tomato plants isn’t heavenly.

Fred Bahnson’s Soil and Sacrament says well what I have come to believe over the past two months at Agape: that soil is a “physical manifestation of God’s presence, a channel of Divine grace… soil is a portal that joins us to the world to come even while rooting us more deeply in this one” (13). The garden is a holy place. I feel a kinship with growers who have gone before us when the drought is finally broken by glorious rain, reminded of how desperate they must have been before they had running water. The miracle of cultivation never grows old; every time I see the first sprout of a bean or pepper or zucchini plant, I am delighted like a child and awestruck as if I’d never seen such a thing before. I have found that living my faith can mean something as simple and as profound as caring for a garden, or hanging out with a teenager who needs love. I see God in the garden over and over. I pray that I never lose that sense of the divine in all of God’s Creation.