Posted on August 12, 2021 Categories: Daily Bread, Front Page, Volunteer Opportunities Comments are off for this post

What do you get when a chicken crosses the road to Freedom Farm? A lively weekend filled to the brim with love and laughter. Ann Rader, as well as their farm dog Teo, welcomed us warmly. Like a Freedom Farm fairy tale, Mallory and Louisa donned a pair of galoshes that fit just right. Dressed their best, the two joined Edgar Hayes for a tour of the farm. Along the way, they gingerly harvested kale, basil, arugula, and a variety of other herbs for a fresh smoothie. Upon returning to the brick farmhouse, they were greeted with the sweet aroma of tri colored penne and red sauce. While Louisa and Mallory munched, Edgar blended a most fantastically flavored smoothie. Some might even call it magical. In fact, Mallory Gardiner from Indiana was quoted saying, “Not to be dramatic, but that was probably the best smoothie on this side of the Mississippi.”

“Not to be dramatic, but that was probably the best smoothie on this side of the Mississippi.”

This was the calm before the storm. Louisa and Mallory were too naïve to truly comprehend what was about to come. In the after meal glow, with a simple glance, Edgar began what was about to be a humbling lesson of loss. Looking over to the cabinet, Edgar’s eyes met the torn and tattered cardboard box of the board game known as Othello.

“Would you like to learn?” Edgar asked with a smirk.

Unbeknownst to her, Edgar is a board game master with a steel determination to win. Mallory’s attempt to strategize and flip all of her opponents tiles quickly fell to pieces as Edgar laid down one critical move after another. It was there in the dining room of Freedom Farm that Mallory accepted the phrase on the side of the Othello box, “A minute to learn…a lifetime to master.”

To soothe the aching wounds, Ann gifted the opposing sides with vegan chocolate cake. Mallory and Louisa chowed down on their portion, oohed and ahhed at a rainbow touching down upon Freedom Farm outside, and took a nap while the rain drizzled peacefully.

After the silent house began to stir once more, Edgar, Ann, Louisa, and Mallory gathered in the kitchen to converse about life. The discussion flowed into the dining room where a pile of games awaited us. Mallory defended her pride in a game of Rummikub against Edgar and Louisa. Then, to prepare for the morning’s arrival of children from Camp Deerpark, a Menonite sleepaway camp in Westbrookville, New York, Edgar requested Mallory and Louisa to assist with putting together a food justice system card sort. The cards were for Edgar’s station on food justice, followed by stations on food creation and nature walks. While cutting out images and gluing them on cardstock, Ann posed to the group suggestions for the food creation station. Louisa could barely contain her excitement as a huge smile stretched across her face and she said, “We could make fruit pizzas!” She suggested allowing the campers to harvest a variety of fruits from the garden, including red and golden raspberries, blackberries, and blueberries. For the “pizza,” they could coat a sugar cookie with a frosting-like mixture consisting of plain yogurt, a splash of orange juice, and lemon juice. She was beyond elated and grateful when Ann and Edgar immediately set forth into turning her idea into a reality.

Both Agape and Freedom Farm share in their values of spiritual connection and devotion.  Beginning the day in contemplative silence, Ann joined Louisa and Mallory in yoga and Centering Prayer in the form they practiced with Brayton Shanley back at Agape.  As the morning sun flooded through the windows, the three experienced grace and peace in the silence.  It was beautiful to share the tradition the two had started in Agape’s chapel three hours away with Ann.  Following yoga and meditation, the three met Edgar, Teo, and the family (Will, Sara, Leland – 3 ¾ – and Robin – 1) by the barn for community morning prayer.  In the spirit of gratitude, the group took a silent walk through the property, snaking their way to the cow pasture, around the barn and wildflowers, down to the pond and berries, and up to the campfire circle.  In reflection, Edgar asked everyone what they had seen, heard, felt, smelled, and touched during their prayer.  During Mallory’s walk, she oohed at the butterflies and other pollinators buzzing around, greeted the Jersey Cows as they munched on their morning cud, and marveled at the vibrancy of the colors all around her. Along her walk, Louisa felt soothed by the sight of emerald green and cobalt blue damselflies, the sweeping sounds of footsteps through the dew-coated grass, and the aroma of sweet summer air. 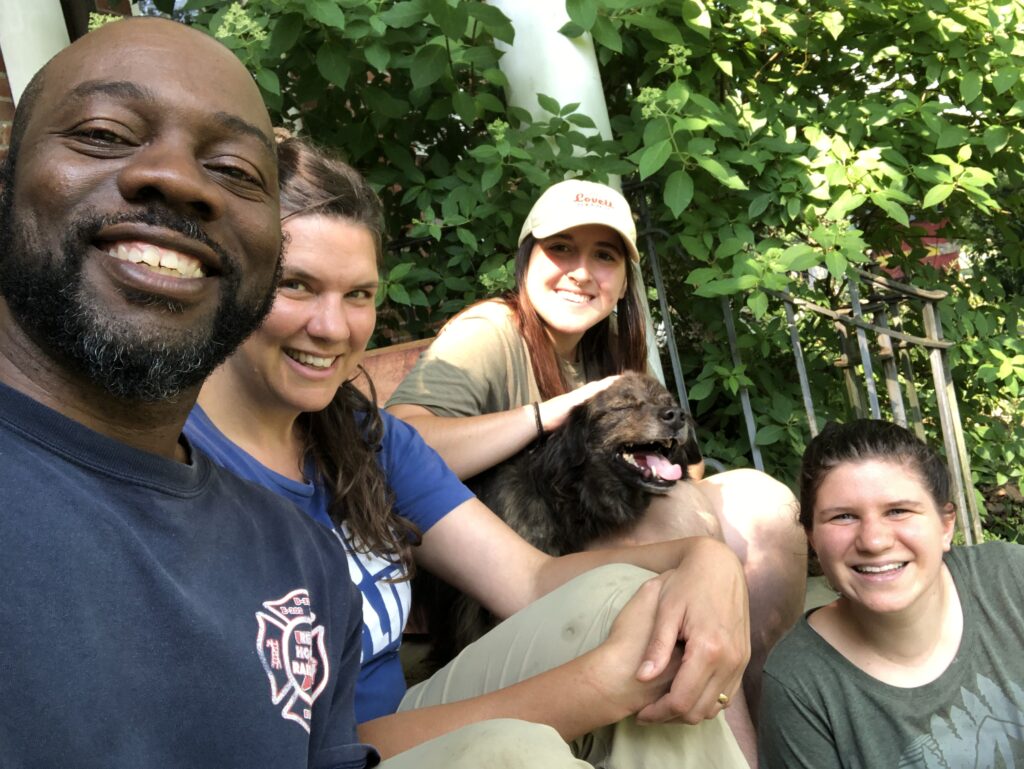 The four: Edgar, Ann, Mallory, and Louisa, rested in the wake of 26 children and counselors with delicious bean burritos, avocado, and chips.  The two couldn’t leave, though, without having some more yummy chocolate cake and playing a few rounds of Bananagrams.  A huge upset occurred when Louisa triumphed in the final game after Edgar was kicked out on the misspelling of “gist” with “jist,” and Mallory quite foolishly believed “” to be a real word.  In the showdown between Ann and Louisa, patience won over speed in the game of ages.  Sadly, though, the time had come to say goodbye.  With final hugs and a bag of goodies, Louisa and Mallory set out back to Agape on the air of promise to return and win their rightful places atop the board game podium.

For those wishing to visit or intern at Freedom Farm with Edgar and Ann, they can find more information here. 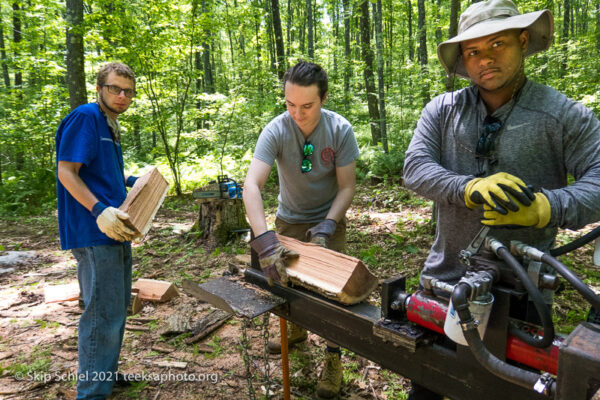