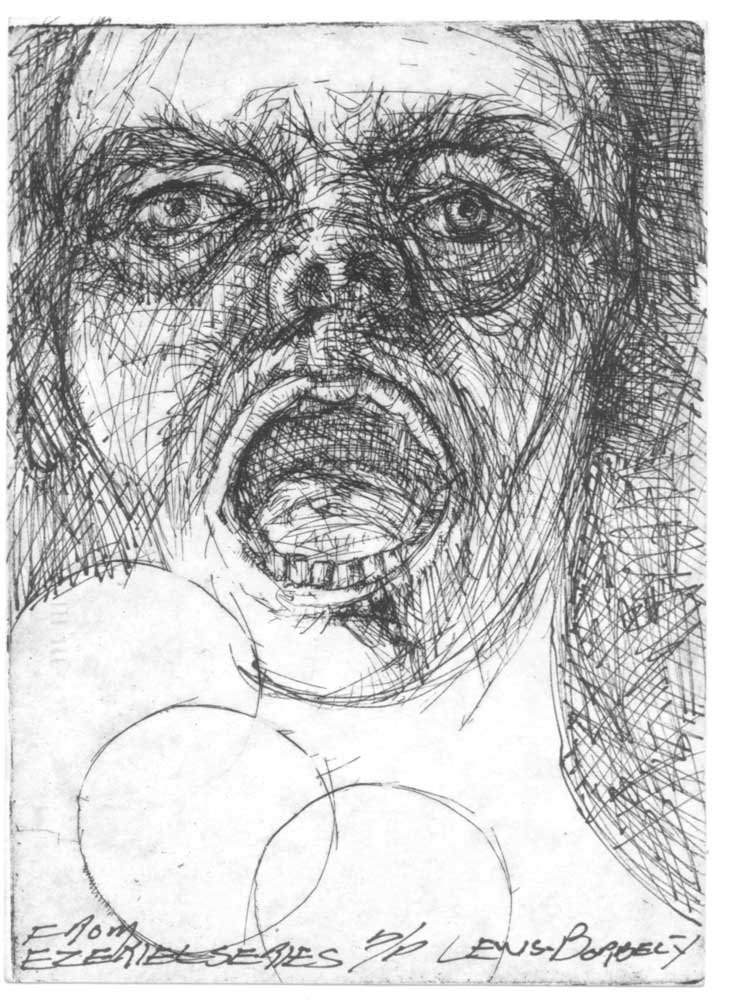 We come to the gates of Hancock Drone Base today to install a memorial of Jerry Berrigan.

Jerry Berrigan, who died on July 26, 2015 at the age of 95, was a husband, a father, a brother, a teacher and someone who – like his brothers Dan and Phil – dedicated his entire life to Jesus’ command to love one another. Jerry came to the base on a bi-weekly basis whenever he was able, in Jerry’s words, “to remind the base commander of our government’s pledge under the Fourth Geneva Convention of 1949, a treaty to safeguard non-combatant’s well-being in any warzone in which U.S. forces are engaged in combat.” And further, “to register horror and indignation at reports of bombing missions by drones in Afghanistan and Pakistan which resulted in the deaths of many innocent civilians: men, women and children.”

As more and more evidence mounts regarding the illegality of U.S. drone policies, from the “Drone Papers” published by The Intercept, to the four drone pilots who have come forward to speak out about what this policy is doing, we bring Jerry’s image here to the gates to remem­ber that this is where he would be, speaking out and put­ting his body on the line to say a clear “NO” to killing. Because Jerry Berrigan knew that it matters where we put our bodies.

As we are installing this Jerry Berrigan Memorial Drone Blockade, we also remember Mary Anne Grady Flores who is serving a six month sentence here in the Onondaga County jail because the courts in this county believe that the colonel at this highly armed base needs protection from citizens calling attention to the drone killings. We challenge the courts to apply the law as it was meant to be applied; to protect victims not victim­izers.

Syracuse has a great history of men named Jerry and resistance to injustice. We call to mind “The Jerry Rescue” memorial that stands across the street from The Federal Court house where Syracusans in 1851 literally got in the way of the illegal and immoral Fugitive Slave law and the officials who tried to take a man named Jerry back to enslavement in the South. They opened the prison gates for him to go to freedom. Our intent for this memorial today in honor of Jerry Berrigan, is to get in the way of the illegal and immoral use of killer drones. And to stand in solidarity with all those resisting other injustice – from Black Lives Matter to those using their bodies to halt climate change.

Thank you Jerry Berrigan for your life and example. Your Spirit lives on!

Ellen Grady is a co-founder of the Ithaca Catholic Worker, a member of the Atlantic Life Community and Drone Resistance Communities in Syracuse and Ithaca.

Jerry Berrigan, the beloved brother, Dan and Phil, became an ardent supporter of Agape’s Servant Song and of the community, many years ago. We delighted in visiting Jerry and Carol two years ago when we gave the Annual Daniel Berrigan lecture at LeMoyne University. Jerry made the trip to the talk with his walker, and smiled from ear to ear as we gave the talk and visited Carol and Jerry the next day at their home, which Carol called “A Berrtgan/resis­tance museum”. No tribute to Jerry could be more fitting than the one we are publishing here. RIP Jerry Berrigan.