Posted on March 21, 2016 Categories: Daily Bread, Front Page Comments are off for this post 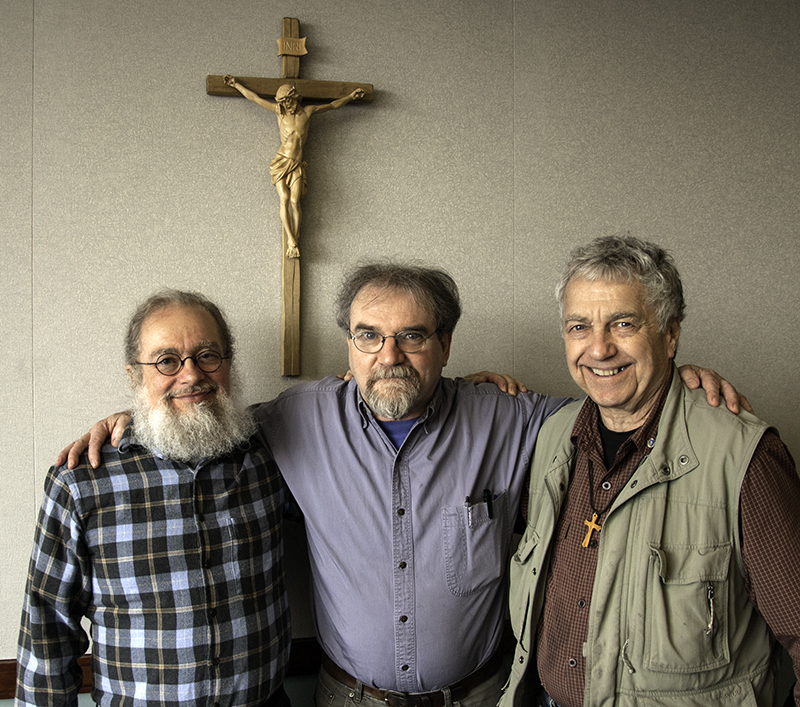 Last week, Suzanne, Brayton, and Matt, Agape’s newest resident, traveled to Worcester for a Catholic Worker Conference hosted by Holy Cross. The event allowed regional Catholic Worker communities to share their stories. They met up with many familiar faces and friends of Agape.

Below: Suzanne, Claire Schaeffer-Duffy, Robert Ellsberg and Brayton. Claire Schaeffer Duffy is the co-founder of Saints Therese and Francis Catholic Worker in Worcester, MA. Robert Ellsberg of Orbis Books was a friend and confidante of Dorothy Day and former editor of the Catholic Worker. He worked with Dorothy during the last five years of her life.

Below: Sean Donovan, co-founder Mustard Seed Community in the 1960s:

Below: Sophia, daughter of Christine:

Below: Frida Berrigan, right, the daughter of Phil Berrigan, with his granddaughter:

Below: Claire Schaeffer-Duffy and Robert Ellsberg:

Below: Christine Lavallee and family, with Michael Boover: