A Plea for Samah, an Aspiring Architect from Aleppo, Syria by Kate Carew 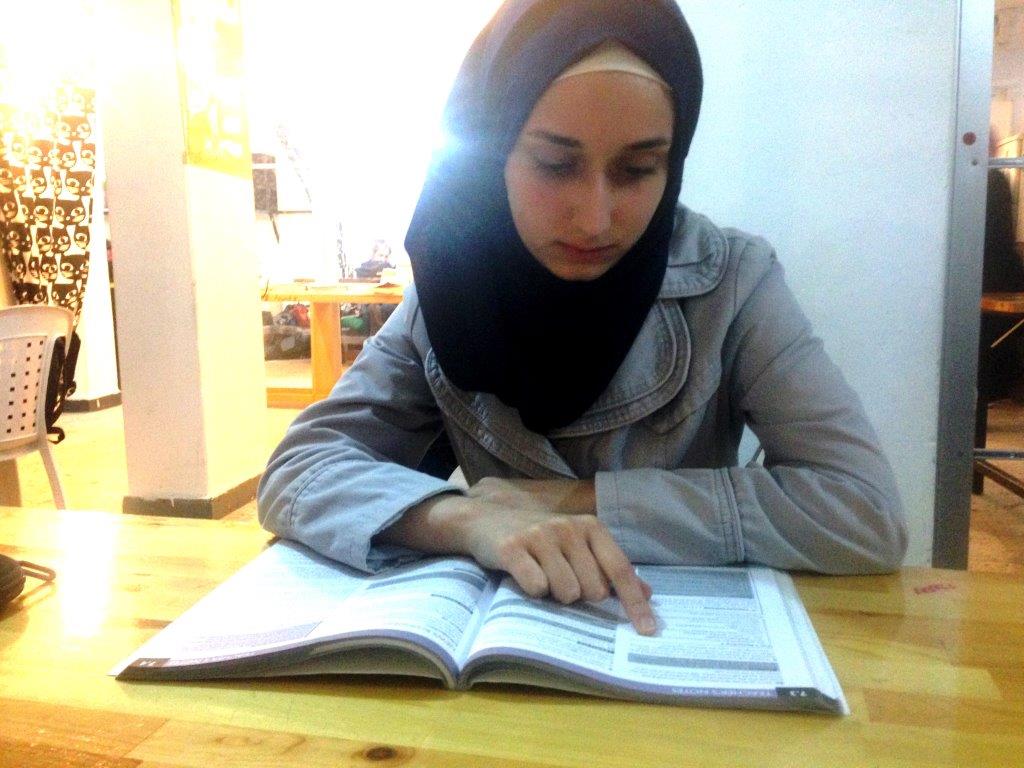 I’m writing today to ask your support through prayer, a donation, or spreading the word for Samah, age 19, from Aleppo Syria, whom after my own prayer and discernment, I decided to host through a crowdfunding campaign, via a non-profit called Humanwire, a 501(c)3 with a U.S. base in Colorado.  First let me tell you about Samah.

As the host of the campaign, I had the opportunity to meet Samah, her mother, father, little sister, cousin, aunt, and grandmother, over Skype, aided by an interpreter who is a volunteer and is also a young refugee, from Iraq, living in Turkey.   It was a very humbling and moving experience to be able to talk to Samah who was beaming with excitement over the fact that she might get to return to school in the fall if we can raise the money.

Her mother said, “Masha Allah!” several times, which, loosely translated, is expressing joy over something that God has given/willed.  I later learned that Samah had been waiting for quite a while for a host.   The interpreter told me that he explained to the family that I’m just a regular person, and that I may not be able to raise the full amount of her tuition.  But, I think that they were excited about the possibilities, knowing that any amount helps.

Samah fled Aleppo with her family and is now living in Istanbul, received top grades in high school and attended a Syrian University before her family home was destroyed by a rocket, causing them to flee.  Now in Turkey, she is looking to enroll in a university to become an architect.  After the war is over, Samah wants to return to Syria and use what she has learned to rebuild Aleppo.  However the cost of tuition is a major issue as she needs $4,000 USD for tuition.

Her mother explained that Samah had built detailed models of cities, although she had to leave these behind in Syria.  Samah wants to show me her architectural drawings the next time that we Skype. Both of her parents were engineers in Syria, although her father has to work in a factory now that they are in Turkey.  According to an article published in The Atlantic last fall, 30,000 university student-aged Syrians are living in Turkey, but just a small percentage of them (600-5,600, depending on the source you consult) are enrolled in a university.  Also, while in Syria before the war, the number of men and women enrolled in university was about 50-50.  However, during 2013-2014, less than 1% of the Syrians enrolled in Turkish universities were women.   I am hoping that together we can support Samah in beating these odds.

Samah has been working hard to learn Turkish, and has taken her entrance examinations.     She would love to start school in the fall.  I honestly am not sure if/how I will be able to raise $4,000 in less than two months, but I am hopeful that with different people spreading the word and keeping Samah’s cause in their prayers, we can do it.

Humanwire has staff on the ground in Lebanon, Turkey, and Greece, as well the US, enabling people to support refugees, who apply to them or whom they seek out and to build bridges between people of different cultures.  Humanwire verifies identities, background stories, and determines needs before placing campaigns on their website.  After finding a host, Humanwire “crowdfunds,” which, in this case, is for Samah.

I have donated to different campaigns in the past through Humanwire, which is transparent in tracking donations.  For example, I donated to help buy medications for a young child who needs a liver transplant and received back a picture of the boy and his father (clearly the same two people who are pictured in their Humanwire profile) with the medications.  So the money actually gets where it should.

Kate Carew, a member of Agape’s Mission Council, has also been assisting Nu Day Syria and our friend and co-founder, Nadia Alawa.  Kate loads supplies which are then shipped to Syria.  Mission Council member, Samantha Lueschner, assists Kate in collecting clothes and other household items. www.nudaysyria.net